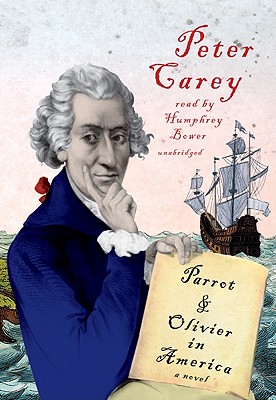 Olivier (a fictional variation of Alexis de Tocqueville) is the traumatized child of aristocratic survivors of the French Revolution. Parrot is the motherless son of an itinerant English printer. Born on different sides of history, their lives will be joined by an enigmatic one-armed marquis. When Olivier sets sail for the nascent United States--ostensibly to make a study of the penal system, but more precisely to save his neck from one more revolution--Parrot will be there, too, as spy for the marquis and as protector, foe, and foil for Olivier. As the narrative shifts between Parrot and Olivier--their adventures in love and politics, prisons and finance, homelands and brave new lands--a most unlikely friendship begins to take hold. And with their story, Peter Carey explores the adventure of American democracy with dazzling inventiveness.