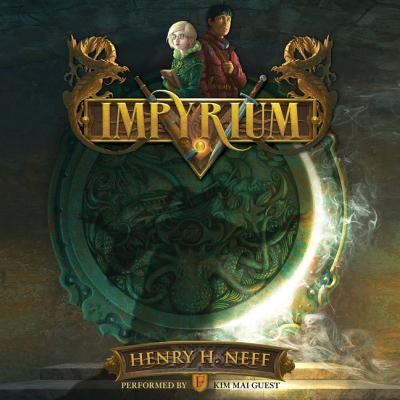 An Age has passed since the Cataclysm that shook the world. From the ashes rose the Faeregine dynasty, who have ruled Impyrium for over three thousand years. But the family's magic has been fading, and with it their power over the Empire. Now many believe the Faeregines are ripe to fall.

Hazel is the youngest of the royal family, happy to leave ruling to her sisters and study her magic. But the Empress has other plans for her granddaughter, dark and dangerous plans to exploit Hazel's talents and rekindle the Faeregine mystique.

Hob Smythe is a commoner toiling in the Empire's mines. When a mysterious stranger offers him a chance to serve-and spy-in the palace, Hob leaps at the chance to escape his dreary life and fight against a system that oppresses nonmagical humans.

But Hazel and Hob soon find their destinies linked not only with each other but with the fate of Impyrium itself. Their improbable bond will either save the realm or end it for good.

In book one of this thrilling new series, Henry H. Neff delivers a high-stakes fantasy where two unlikely allies confront a conspiracy that's even bigger and more sinister than they imagine.