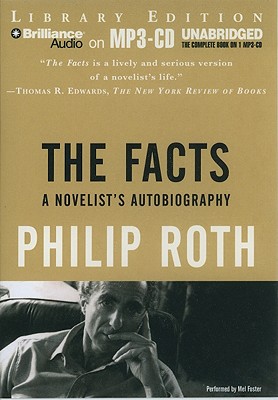 The Facts is the unconventional autobiography of a writer who has reshaped our idea of fiction a work of compelling candor and inventiveness, instructive particularly in its revelation of the interplay between life and art. Philip Roth concentrates on five episodes from his life: his secure city childhood in the thirties and forties; his education in American life at a conventional college in the fifties; his passionate entanglement, as an ambitious young man, with the angriest person he ever met (the girl of my dreams Roth calls her); his clash, as a fledgling writer, with a Jewish establishment outraged by Goodbye, Columbus; and his discovery, in the excesses of the sixties, of an unmined side to his talent that led him to write Portnoy's Complaint. The audiobook concludes surprisingly in true Rothian fashion with a sustained assault by the novelist against his proficiencies as an autobiographer.