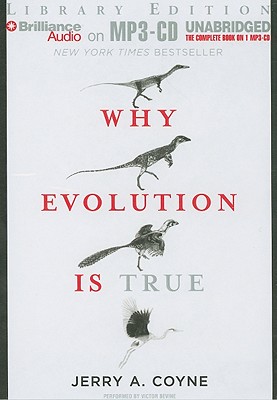 The proof for evolution is vast, varied, and magnificent, drawn from many different fields of scientific inquiry. Today, scientists are documenting species splitting into two, observing animals and plants adapting before our eyes, and finding more and more fossils capturing what happened eons ago dinosaurs that have sprouted feathers, fish that have grown limbs. In this unique and accessible summary of the facts supporting the theory of natural selection, Jerry A. Coyne eloquently shows that evolution does nothing to destroy the beauty of life, only enhances it. By demonstrating the indelible stamp of the processes first proposed by Darwin, Coyne does not aim to prove creationism wrong. Rather, by using irrefutable evidence, he sets out to prove evolution right. Coyne is as graceful a stylist and as clear a scientific explainer as Darwin himself (no mean feat) . . . One of the best single-volume introductions to evolutionary theory ever. Wired.