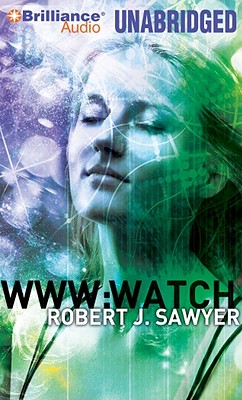 Sixteen-year-old Caitlin Decter was born blind. But, thanks to an implant in her head, she can now see the real world--and also see webspace, the structure of the World Wide Web. There, she's found a nascent consciousness, which she's helped bring forth, letting it, too, see the world for the first time. The consciousness takes the name Webmind. Caitlin's parents know about it, and so does WATCH, a secret US government agency that monitors terrorist activity on the Web (violating civil liberties as it does so). Caitlin is convinced that Webmind is benign, but her parents are afraid the public will view Webmind--which can now crack any password and read everyone's email--as Big Brother. Caitlin discovers that WATCH is on to them. She figures the best way to protect Webmind is by having it prove its benevolence to the world by eliminating all the spam from the Internet. But Caitlin's boyfriend accidentally reveals the secret of Webmind's structure to WATCH. Armed with that information, the government tries to wipe out Webmind. Caitlin travels into webspace, helping Webmind overwhelm WATCH's computers by redirecting all the billions of intercepted spam messages at them. Webmind really is trying to help humanity, but Caitlin knows that they've only bought a little time. The dark forces of the government--the real Big Brother--will try again to wipe Webmind out. But Caitlin is determined to triumph: she'll show them that her Big Brother can take their Big Brother. BONUS AUDIO: Includes an exclusive introduction written and read by author Robert J. Sawyer.