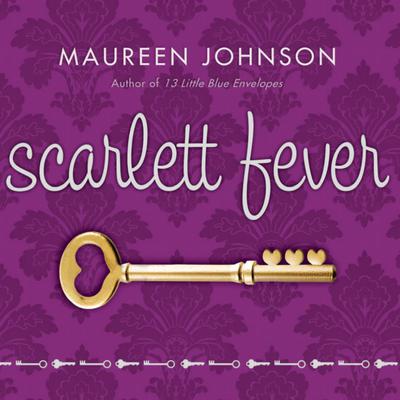 Faced with her family’s financial woes, Scarlett has taken on the job of assistant/indentured servant to a newly minted theatrical agent, professional eccentric Mrs. Amy Amberson. Scarlett ends up at the beck and call of a Broadway star (her own age!), dealing with territorial doormen, and walking a small dog with insecurity issues — all while starting her sophomore year at one of New York’s most rigorous high schools.

It doesn’t help that Scarlett’s brain is clouded with thoughts of Eric, her former sort-of boyfriend. She has thousands of things to say to him, if only he would call. And then there’s her new lab partner, the impossible Max, who’s on a quest to destroy what little mind she has left.

Meanwhile, her older brother, Spencer, has become New York City’s most controversial TV villain; her ever-reliable older sister, Lola, is sliding off the rails; and her younger sister, Marlene, most worryingly, has suddenly become . . . nice.

But somehow Scarlett will prevail . . . Right?