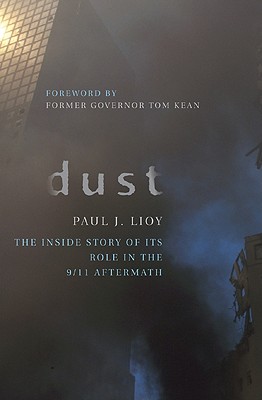 The Inside Story of Its Role in the September 11th Aftermath

One of the first scientists to take samples from Ground Zero after the destruction of the Twin Towers, Lioy shares his personal and professional perspectives on the World Trade Center dust. What was in the material that rained down after the disintegration of these buildings? Why did officials wrongly choose to focus on the release of asbestos? How did the size of the dust particles influence the development of the World Trade Center Cough among rescue workers and other New Yorkers? When were respirators used on site and what changes should be made to respirator design now? Dust answers these, and many other, questions about the environmental effects, public policy initiatives, health outcomes and scientific findings that played a critical role in the aftermath of September 11th. Beyond providing insightful analysis of what happened then, this book details the significant steps we need to take in order to better prepare for future catastrophes.

Paul J. Lioy is a Professor and Vice Chair, Department of Environmental and Occupational Medicine at UMDNJ-Robert Wood Johnson Medical School. He is Deputy Director for Government Relations and Director of Exposure Science at the Environmental and Occupational Health Sciences Institute of Rutgers University and RWJMS-UMDNJ. Dr. Lioy received the International Society of Exposure Science (ISES) Jerome Wesolowski Award for Lifetime Achievement in Exposure in 1998, the Frank Chambers Award for lifetime achievement in Air Pollution from the Air and Waste Management Association in 2003, and the Rutgers University Graduate School's Distinguished Alumnus award in Mathematics, Engineering and Physical Sciences in 2008. He received a National Conservation Award from the Daughters of the American Revolution, and their Founders Trustees, Ellen Hardin Walworth Medal for Patriotism in 2009. He has served on the Science Advisory Board, US EPA, and the National Research Council, Board of Toxicology and Environmental Studies. He is a founder and past-president of the ISES. Dr. Lioy is an associate editor of the journal Environmental Health Perspectives, and of the Journal of Exposure Science and Environmental Epidemiology. He has published over 245 scientific papers and other publications. Honorable Thomas H. Kean, served as Governor of the State of New Jersey 1982-1990, and during his term was rated as one of the nation's most effective leaders by Newsweek magazine. In 2002 he was appointed by President Bush as Chairman, 9/11 Commission. The Commission's Report, released in July of 2004 became a national bestseller, and its recommendations resulted in the largest intelligence reform in the nation's history. He was President of Drew University, Madison, NJ from 1990 through 2005, stressing teaching, creative use of technology in the liberal arts, and international education. Currently he serves on numerous boards, and has a regular column with The Star Ledger, NJ.
Loading...
or
Not Currently Available for Direct Purchase