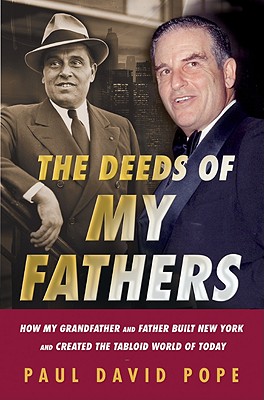 The Deeds of My Fathers

This captivating narrative chronicles the emergence in America of an Italian immigrant and his son, whose deeds would make them among the most prominent practitioners of power and influence in this country.

Paul David Pope began working for his father, Gene Pope, Jr., publisher of the National Enquirer, as a teenager. Following Gene's death, after Paul mounted a bid to acquire the newspaper that fell just short, he embarked on the writing of this revelatory book. He lives in Weston, Florida, near the towns of Lantana and Manalapan, where his father relocated the National Enquirer and his family from New Jersey and New York in 1971. For more information, visit www.thedeedsofmyfathers.com.
Loading...
or
Not Currently Available for Direct Purchase