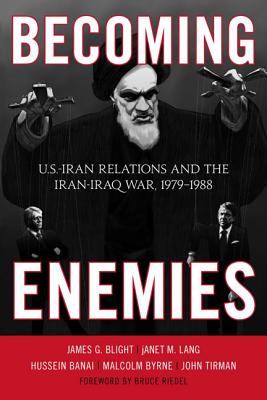 Becoming Enemies brings the unique methods of critical oral history, developed to study flashpoints from the Cold War such as the Cuban Missile Crisis, to understand U.S. and Iranian relations from the fall of the Shah in 1978 through the Iranian hostage crisis and the Iran-Iraq war. Scholars and former officials involved with U.S. and UN policy take a fresh look at U.S and Iranian relations during this time, with special emphasis on the U.S. role in the Iran-Iraq War. With its remarkable declassified documentation and oral testimony that bear directly on questions of U.S. policymaking with regard to the Iran-Iraq War, Becoming Enemies reveals much that was previously unknown about U.S. policy before, during, and after the war. They go beyond mere reportage to offer lessons regarding fundamental foreign policy challenges to the U.S. that transcend time and place.