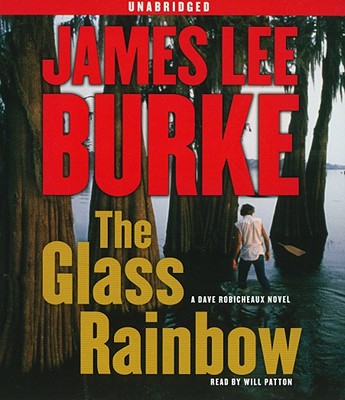 By James Lee Burke, Will Patton (Read by)

On the trail of a killer responsible for the deaths of seven young women in neighboring Jefferson Davis parish, Detective Dave Robicheaux and his best friend Clete Purcel can’t seem to stay away from Herman Stanga, a notorious pimp whose name constantly resurfaces in their investigation, and whom both men despise. When Stanga turns up dead shortly after a fierce beating in front of numerous witnesses at the hands of Clete Purcel, the case takes a nasty turn, and solving the mystery of the Jefferson Davis deaths becomes more important than ever.

Adding to Robicheaux’s troubles is the matter of his adopted daughter, Alafair, on hiatus from Stanford Law for a semester and home in New Iberia to put the finishing touches on her novel. Her literary pursuit has led her into the arms of Kermit Abelard, celebrated novelist and scion of a once-prominent Louisiana family whose fortunes are slowly sinking into the bayous. In Robicheaux’s mind, Abelard’s association with a sleazy ex-convict turned bestselling author named Robert Weingart puts him at the center of some very shady business, and Robicheaux fears he’s taking Alafair down with him. But at the same time he fears for Alafair’s well-being—and possibly her life—she’s becoming more distant toward him, convinced his concerns are just the paranoia of an overprotective father. To protect his daughter and clear his best friend’s name, Robicheaux will need every ounce of guts, wit, and investigative chops he can muster.

Will Patton’s film credits include Halloween, Boarding School, Megan Leavey, American Honey, Meek’s Cutoff, A Mighty Heart, Remember the Titans, The Mothman Prophecies, Armageddon, and No Way Out. He starred in Swamp Thing on the DC Universe streaming platform and was seen in five seasons of the TNT series Falling Skies. He has won Obie Awards for his performances in Fool for Love and What Did He See? He is also known for his audiobook recordings of the work of Stephen King, James Lee Burke, Denis Johnson, and William Faulkner.
or
Not Currently Available for Direct Purchase
Copyright © 2020 American Booksellers Association