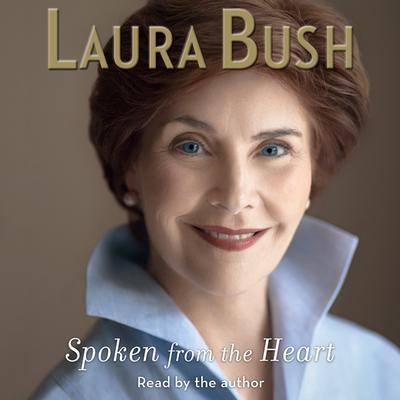 The intimate and startlingly candid memoir from one of America’s most beloved and private first ladies.

In a captivating and compelling voice that ranks with many of our greatest memoirists, Laura Bush tells the story of her unique path from dusty Midland, Texas to the world stage and the White House. An only child, Laura Welch grew up in a family that lost three babies to miscarriage or infant death. She masterfully recreates the rugged, oil boom-and-bust culture of Midland, her close relationship with her father, and the bonds of early friendships that she retains to this day. For the first time, in heart-wrenching detail, she writes about her tragic car accident that left her friend Mike Douglas dead.

Laura Welch attended Southern Methodist University in an era on the cusp of monumental change. After graduating, she became an elementary school teacher, working in inner-city schools, then trained as a librarian. At age thirty, she met George W. Bush, whom she had last passed in the hallway in seventh grade. Three months later, “the old maid of Midland married Midland’s most eligible bachelor.”

As First Lady of Texas, Laura Bush championed education and launched the Texas Book Festival, passions she brought to the White House. Here, she captures presidential life in the frantic and fearful months after 9-11, when fighter jet cover echoed through the walls. She writes openly about the threats, the withering media spotlight, and the transformation of her role. One of the first U.S. officials to visit war-torn Afghanistan, she reached out to disease-stricken African nations and tirelessly advocated for women in the Middle East and dissidents in Burma. With deft humor and a sharp eye, Laura Bush lifts the curtain on what really happens inside the White House. And she writes with honesty and eloquence about her family, political life, and her eight remarkable Washington years.

Laura Bush’s compassion, her sense of humor, her grace, and her uncommon willingness to bare her heart make this story deeply revelatory, beautifully rendered, and unlike any other First Lady’s memoir ever written.
Loading...