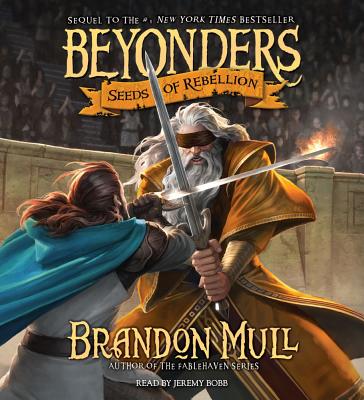 Meanwhile, Rachel and the others have discovered new enemies—as well as new abilities that could turn the tide of the entire quest. And as soon as Jason succeeds in crossing over to Lyrian, he’s in more danger than ever. Once the group reunites, they strive to convince their most-needed ally to join the war and form a rebellion strong enough to triumph over Maldor. At the center of it all, Jason and Rachel realize what roles they’re meant to play—and the answers are as surprising as they are gripping.

Brandon Mull is the author of the New York Times, USA TODAY, and Wall Street Journal bestselling Beyonders and Fablehaven series, as well as the bestselling Five Kingdoms, Candy Shop Wars, and Dragonwatch series. He resides in Utah, in a happy little valley near the mouth of a canyon. Brandon’s greatest regret is that he has but one life to give for Gondor.
Loading...
or support indie stores by buying on
(This book is on backorder)