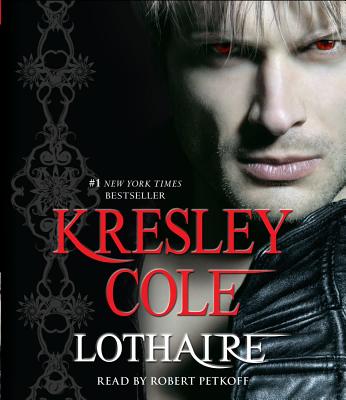 In this thrilling tale of the Immortals After Dark, #1 New York Times bestselling author Kresley Cole reveals secrets of the Lore, fierce realm of the immortals.

ALL FEAR THE ENEMY OF OLD

A DEADLY FORCE DWELLS WITHIN HER

In one month, Lothaire must choose between a millennia-old blood vendetta and his irresistible prisoner. Will he succumb to the miseries of his past . . . or risk everything for a future with her?

COMING SOON: An electrifying new paranormal series from Kresley Cole. Look inside for an excerpt!

Kresley Cole is the #1 New York Times bestselling author of the Immortals After Dark paranormal series and the young adult Arcana Chronicles. Her books have been translated into over twenty foreign languages, garnered three RITA awards, and consistently appear on the bestseller lists in the US and abroad. Before becoming a writer, Cole was a world-ranked athlete, coach, and graduate student. She has traveled over much of the world and draws from those experiences to create her memorable characters and settings. She lives in Florida with her family and “far too many animals,” and spends any free time traveling. You can learn more about her and her work at KresleyCole.com or Facebook.com/KresleyCole.
Loading...
or
Not Currently Available for Direct Purchase