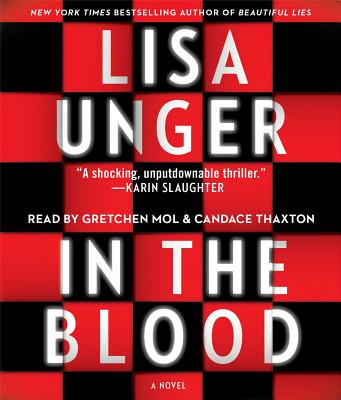 The New York Times bestselling author and International Thriller Writers “Best Novel” finalist Lisa Unger returns to the dark psychological suspense that made Beautiful Lies a bestseller around the world.

Lana Granger lives a life of lies. She has told so many lies about where she comes from and who she is that the truth is like a cloudy nightmare she can’t quite recall. About to graduate from college and with her trust fund almost tapped out, she takes a job babysitting a troubled boy named Luke. Expelled from schools all over the country, the manipulative young Luke is accustomed to controlling the people in his life. But, in Lana, he may have met his match. Or has Lana met hers?

Lisa Unger’s writing has been hailed as “sensational” (Publishers Weekly) and “sophisticated” (New York Daily News), with “gripping narrative and evocative, muscular prose” (Associated Press). Masterfully suspenseful, finely crafted, and written with a no-holds-barred raw power, In the Blood is Unger at her best.