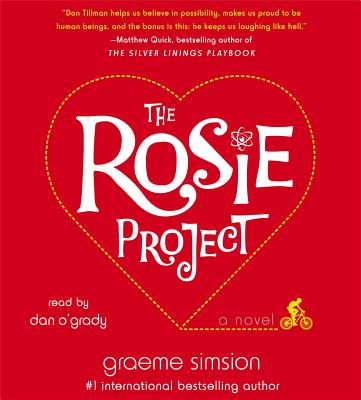 Arrestingly endearing and entirely unconventional, Graeme Simsion’s distinctive debut “navigates the choppy waters of adult relationships, both romantic and platonic, with a fresh take (USA TODAY). “Filled with humor and plenty of heart, The Rosie Project is a delightful reminder that all of us, no matter how we’re wired, just want to fit in” (Chicago Tribune).

Graeme Simsion is a former IT consultant and the author of two nonfiction books on database design who decided, at the age of fifty, to turn his hand to fiction. His first novel, The Rosie Project, was published in 2013 and translation rights have been sold in over thirty-five languages. Graeme lives in Australia with his wife, Anne, and their two children.
Loading...
or support indie stores by buying on
(This book is on backorder)