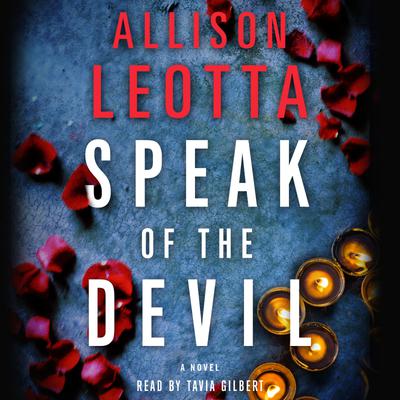 Speak of the Devil (Digital Audiobook)

In this gripping legal thriller by “the female John Grisham” (The Providence Journal), sex-crimes prosecutor Anna Curtis must stop a vicious street gang before it destroys more lives—and her own family.

On the very night she gets engaged to the man she loves, Assistant US Attorney Anna Curtis’s professional life takes a shocking turn that threatens everything she holds dear. A few miles away from where she’s enjoying her romantic dinner, two separate groups are gearing up to raid a brothel. A vicious killer known as Diablo—the Devil—leads one group. A few minutes later, Anna’s own investigative team heads in to search the brothel, as part of an ongoing fight against human trafficking in DC. Both groups are caught off guard, with deadly results.

As Anna investigates the bloody face-off, the boundaries between her work and home life begin to blur when she discovers a web of long-buried secrets and official lies that lead straight to her doorstep. And everything Anna counted on—the happiness she seemed so close to securing—comes into question as Diablo moves in for yet another kill.

Allison Leotta draws on her experience as a DC sex-crimes prosecutor to take you into the back rooms of the US Attorney’s Office, the hidden world of the Witness Protection Program, and the secret rituals of one of America’s most dangerous gangs. Universally praised by bestselling authors from Catherine Coulter and George Pelecanos to Lisa Scottoline and David Baldacci, Leotta weaves fact and fiction to create her best novel yet.
Loading...