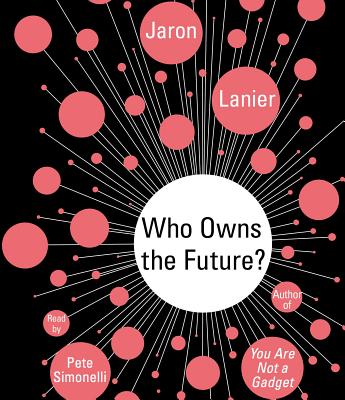 The “brilliant” and “daringly original” (The New York Times) critique of digital networks from the “David Foster Wallace of tech” (London Evening Standard)—asserting that to fix our economy, we must fix our information economy.

Jaron Lanier is the father of virtual reality and one of the world’s most brilliant thinkers. Who Owns the Future? is his visionary reckoning with the most urgent economic and social trend of our age: the poisonous concentration of money and power in our digital networks.

Jaron Lanier is a scientist and musician best known for his work in Virtual Reality research, a term he coined and popularized. Time named him one of the “Time 100” in 2010. He lives in Berkeley, California.
Loading...
or
Not Currently Available for Direct Purchase