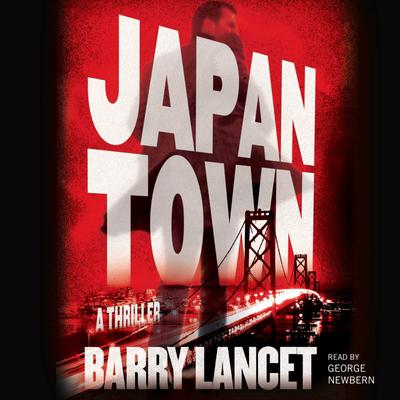 Named Best of Debut of the Year by Suspense Magazine and the winner of the Barry Award for Best Debut Novel.​

In this “sophisticated international thriller” (The New York Times Book Review), an American antiques-dealer-turned-reluctant-private-eye must use his knowledge of Japanese culture to unravel a major murder in San Francisco—before he and his daughter become targets themselves.

San Francisco antiques dealer Jim Brodie receives a call one night from a friend at the SFPD: an entire family has been senselessly gunned down in the Japantown neighborhood of the bustling city. As an American born and raised in Japan and part-owner of his father’s Tokyo private investigation firm, Brodie has advised the local police in the past, but the near-perfect murders in Japantown are like nothing he’s ever encountered.

With his array of Asian contacts and fluency in Japanese, Brodie follows leads gathered from a shadow powerbroker, a renegade Japanese detective, and the elusive tycoon at the center of the Japantown murders along a trail that takes him from the crime scene in California to terrorized citizens and informants in Japan. Step by step, he unravels a web of intrigue stretching back centuries and unearths a deadly secret that threatens not only his life but also the lives of his entire circle of family and friends. “Readers will want to see more of the talented Jim Brodie, with his expertise in Japanese culture, history, and martial arts” (Publishers Weekly, starred review).
Loading...