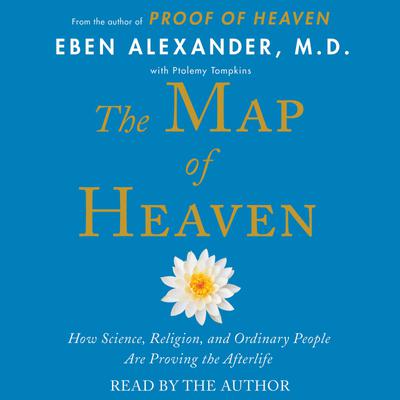 The Map of Heaven (Digital Audiobook)

The author of the #1 New York Times bestseller Proof of Heaven teams up with the sages of times past, modern scientists, and with ordinary people who have had profound spiritual experiences to show the reality of heaven and our true identities as spiritual beings.

When Proof of Heaven was published, some people contacted Dr. Eben Alexander to argue that his near death experience was impossible. But many more have written to say his story resonated with them in profound ways. Because of what these people have told him, Dr. Alexander has come to realize that sharing his story has allowed people to believe what so many in ancient times knew: there is more to life, and to the universe, than this single earthly life.

Dr. Alexander met and heard from thousands of individuals whom his story has affected. He also studied what the world’s religious traditions, and its philosophers, have had to say about the soul’s survival of death, and he has been deeply surprised at how often those voices from the past synch up with what he heard from people today. In The Map of Heaven, he shares some of the stories that the people have told him and links them up with what the world’s spiritual traditions have to say about the journey of the soul.

Part metaphysical detective story, part manual for living, The Map of Heaven explores humankind’s spiritual history and the birth of modern science in the seventeenth century, showing how we forgot, and are now at last remembering, who we really are and what our true destiny really is.