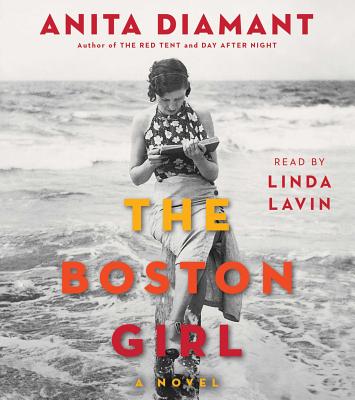 Written with the same attention to historical detail and emotional resonance that made Diamant’s previous novels bestsellers, The Boston Girl is a moving portrait of one woman’s complicated life in twentieth century America, and a fascinating look at a generation of women finding their places in a changing world. “Diamant brings to life a piece of feminism’s forgotten history” (Good Housekeeping) in this “inspirational…page-turning portrait of immigrant life in the early twentieth century” (Booklist).

Anita Diamant is the bestselling author of the novels The Boston Girl, The Red Tent, Good Harbor, The Last Days of Dogtown, and Day After Night, and the collection of essays, Pitching My Tent. An award-winning journalist whose work appeared in The Boston Globe Magazine and Parenting, and many others, she is the author of six nonfiction guides to contemporary Jewish life. She lives in Massachusetts. Visit her website at AnitaDiamant.com.
Loading...
or
Not Currently Available for Direct Purchase