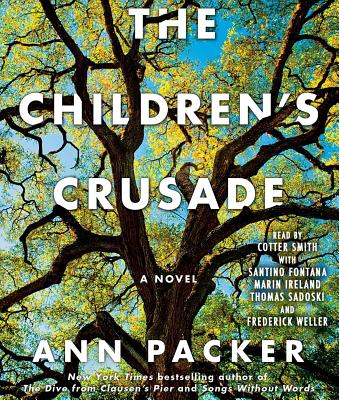 From New York Times bestselling, award-winning author Ann Packer, a “tour de force family drama” (Elle) that explores the secrets and desires, the remnant wounds and saving graces of one California family, over the course of five decades.

Bill Blair finds the land by accident, three wooded acres in a rustic community south of San Francisco. The year is 1954, long before anyone will call this area Silicon Valley. Struck by a vision of his future family, Bill buys the property and proposes to Penny Greenway, a woman whose yearning attitude toward life appeals to him. In less than a decade they have four children. Yet Penny is a mercurial housewife, overwhelmed and undersatisfied, chafing at the conventions confining her.

Years later, the three oldest Blair children, adults now and still living near the family home, are disrupted by the return of the youngest, whose sudden presence sets off a struggle over the family’s future. One by one, they tell their stories, which reveal Packer’s “great compassion for her characters, with their ancient injuries, their blundering desires. The way she tangles their perspectives perfectly, painfully captures the tumult of selves within a family” (MORE Magazine).

Reviewers have praised Ann Packer’s “brilliant ear for character” (The New York Times Book Review) and her “naturalist’s vigilance for detail, so that her characters seem observed rather than invented” (The New Yorker). Her talents are on dazzling display in The Children’s Crusade, “an absorbing novel that celebrates family even as it catalogs its damages” (People, Book of the Week). This is a “superb storyteller” (San Francisco Chronicle), Ann Packer’s most deeply affecting book yet, “tragic and utterly engrossing” (O, The Oprah Magazine).

Ann Packer is the acclaimed author of two collections of short fiction, Swim Back to Me and Mendocino and Other Stories, and two bestselling novels, Songs Without Words and The Dive from Clausen’s Pier, which received the Kate Chopin Literary Award, among many other prizes and honors. Her short fiction has appeared in The New Yorker and in the O. Henry Prize Stories anthologies, and her novels have been published around the world. She lives in San Carlos, California.

Frederick Weller's films include Four Lane Highway, The Shape of Things, When Will I Be Loved, Coyote Ugly, Basquiat and Armageddon. Television series include In Plain Sight (debut USA), The Jury, Law & Order: SVU & Criminal Intent, Pastor's Wife, and Missing Persons. On Broadway he starred in Seascape, Glengarry Glen Ross, Take Me Out, The Rehearsal, and Six Degrees of Separation.
Loading...
or
Not Currently Available for Direct Purchase