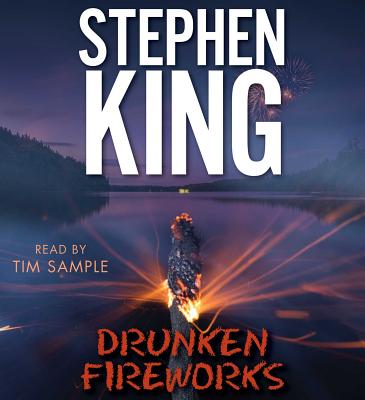 A classic Stephen King short story from the bestselling collection The Bazaar of Bad Dreams!

Alden McCausland and his mother are what they call “accident rich”; thanks to an unexpected life-insurance policy payout and a winning Big Maine Millions scratcher, Alden and his Ma are able to spend their summers down by Lake Abenaki, idly drinking their days away in a three-room cabin with an old dock and a lick of a beach.

Across the lake, they can see what “real rich” looks like: the Massimo family’s Twelve Pines Camp, the big white mansion with guest house and tennis court that Alden’s Ma says is paid for by “ill-gotten gains” courtesy of Massimo Construction. When Alden’s holiday-weekend sparklers and firecrackers set off what over the next few years comes to be known as the Fourth of July Arms Race, he learns how far he and the Massimos will go to win an annual neighborly rivalry—one that lands Alden in the Castle County jail.

Read by beloved Down East storyteller Tim Sample—praised by Stephen King for his “wit and talent and good-heartedness”—Drunken Fireworks makes for explosive audio listening.

Tim Sample is a New England humorist, famous both for his presentation and his Maine accent. He has sold well over a million copies of his books, albums, and videos, including four albums and a video for the Bert and I company
Loading...
or
Not Currently Available for Direct Purchase