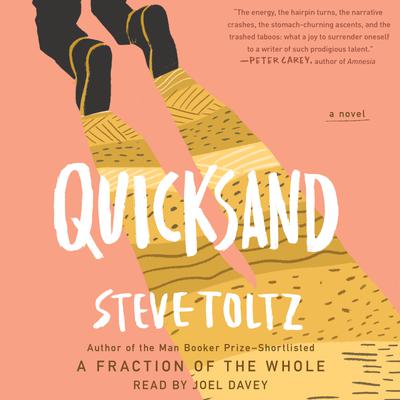 “Steve Toltz channels a poet’s delight in crafting the perfect phrase on every highly quotable page” (Publishers Weekly). With the same originality, brilliance, and buoyancy that catapulted his first novel, A Fraction of the Whole, onto prize lists around the world, Toltz has created a rousing, hysterically funny but unapologetically dark satire about love, faith, friendship, and the artist’s obligation to his muse. Quicksand is a subversive portrait of twenty-first-century society in all its hypocrisy and absurdity that “confounds and astonishes in equal measure, often on the same page…A tour de force” (Australian Book Review).
Loading...