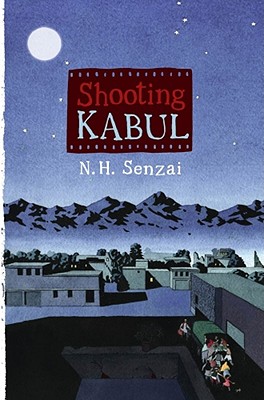 “By the end of the book, young readers will be cheering for Fadi as a good friend.” —Mitali Perkins, author of Tiger Boy and You Bring the Distant Near

“Senzai has brought a whole new world to life for young readers. It is a world they won't soon forget.” —Reza Aslan, author of No God but God

In the summer of 2001, twelve year old Fadi’s parents make the difficult decision to illegally leave Afghanistan and move the family to the United States. When their underground transport arrives at the rendezvous point, chaos ensues, and Fadi is left dragging his younger sister Mariam through the crush of people. But Mariam accidentally lets go of his hand and becomes lost in the crowd, just as Fadi is snatched up into the truck. With Taliban soldiers closing in, the truck speeds away, leaving Mariam behind.

Adjusting to life in the United States isn’t easy for Fadi’s family and as the events of September 11th unfold the prospects of locating Mariam in a war torn Afghanistan seem slim. When a photography competition with a grand prize trip to India is announced, Fadi sees his chance to return to Afghanistan and find his sister. But can one photo really bring Mariam home?

Based in part on the Ms. Senzai’s husband’s own experience fleeing his home in Soviet controlled Afghanistan in the 1970s, Shooting Kabul is a powerful story of hope, love, and perseverance.

"In N.H. Senzai's debut novel, worlds collide and a little sister is lost. Can her big brother find her from half a world away? At the same time, how can he find himself and restore his honor in a land that is both foreign and home? Turn the pages. Find out." —Kathi Appelt, author of The Underneath, a 2009 Newbery Honor book

“The hero of SHOOTING KABUL starts life in the United States as a foreigner, but by the end of the book, young readers will be cheering for Fadi as a good friend.” —Mitali Perkins, author of Secret Keeper

“Senzai has brought a whole new world to life for young readers. It is a world they won't soon forget.”—Reza Aslan, author of No god but God

"an ambitious story with much to offer: a likable protagonist in Fadi, an original and engaging plot and a lens through which readers will learn much about the current conflict."—Kirkus

Beginning in the months before 9/11, this sensitive, timely debut follows an Afghan family’s emigration to San Francisco. After receiving a PhD in the U.S. and returning to Kabul to help rebuild the country, Fadi’s father has grown disillusioned with the Taliban (“These are not true Muslims”), and he pays human traffickers to smuggle his family into Pakistan. During the terrifying flight, Fadi’s six-year-old sister, Mariam, is lost. After fruitless, life-risking searches, the grief-stricken family tries to begin anew in California, while overseas efforts to find Mariam continue. Conversations often feel purposeful as Senzai educates readers about U.S. involvement in Afghanistan, Afghan cultural diversity, and the Qur’an’s fundamental messages of peace. But she writes with powerful, realistic detail about Fadi’s family’s experiences, particularly the prejudice Fadi finds at school after planes hit the Twin Towers and the guilt he suffers over Mariam’s disappearance. An abrupt but satisfying contrivance brings this illuminating docu-novel to a joyful conclusion, and young readers may well want to move on to the appended resources to learn more.
— Booklist

Just past midnight on an August night in 2001, Fadi Nurzai and his family wait in a moonlit street in Jalabad, Afghanistan, hoping to board a truck bound for the Pakistani border. They scramble into the back of the truck just before Taliban soldiers reach their position, but Fadi’s six-year-old sister, Mariam, slips out of his grasp as he tries to lift her, and she is left behind when the truck pulls away. While Fadi’s father delays their journey to search for Mariam, the family is ultimately forced to travel on to the United States without her, spreading word to friends and family back in Afghanistan in hopes she will be found. As Fadi adjusts to his new life in the San Francisco area and starts middle school, he must also deal with the guilt he feels over Mariam’s loss, pinning his hopes on a photo contest that features a grand prize of traveling to India. The story, based loosely on the life of the author’s husband, backdrops Fadi’s personal struggles with the considerable world events going on in 2001, including the 9/11 attacks on New York City. The abundance of facts about Afghanistan and the book’s jumps between live action and expository flashbacks sometimes distance the reader and bog down the action, but they grow less obtrusive as the story continues. Tailor-made for classroom applications, the tale is also compelling, and the compassionate portrayals of Fadi and his family (who are eventually reunited with their lost daughter) will keep readers engaged. This will be a natural fit for curricula and discussions about the 9/11 attacks and the ongoing war in Afghanistan. An author’s note, glossary, and further reading list are included.
— The Bulletin

"Fadi's world is one of strong familial ties, Islam, and a vibrant, strong immigrant community. For all of Fadi's differences from his Fremont, California classmates, he will still seem very familiar to many middle schoolers. The novel allows readers a view of a different culture and provides background for events that still plague us today."--Steven Kral, VOYA, August 2010

"Bay Area writer N.H. Senzai, who based her first novel in part on her husband's family's escape from Soviet-controlled Afghanistan in 1979, has a warm, engaging style that belies the subject matter. She keeps the story firmly through Fade's eyes. He is a middle-schooler, plucky but not precocious, struggling to adjust to his new life in America, stricken by guilt about his sister, worried about his ailing mother, but still a boy."--Sandip Roy, San Francisco Chronicle, July 01 2010.

N. H. Senzai is the author of the acclaimed Shooting Kabul, which was on numerous state award lists and an NPR Backseat Book Club Pick. Its companion, Saving Kabul Corner, was nominated for an Edgar Award. While her first two books are based in part on husband’s experience fleeing Soviet-controlled Afghanistan in the 1970s, her third, Ticket to India is based on her own family’s history. She is also the author of Escape from Aleppo. Ms. Senzai lives with her family in the San Francisco Bay Area. Visit her online at NHSenzai.com.
Loading...
or support indie stores by buying on
(This book is on backorder)