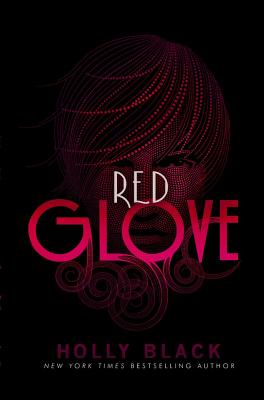 Curses and cons. Magic and the mob. In Cassel Sharpe's world, they go together. Cassel always thought he was an ordinary guy, until he realized his memories were being manipulated by his brothers. Now he knows the truth—he’s the most powerful curse worker around. A touch of his hand can transform anything—or anyone—into something else.

That was how Lila, the girl he loved, became a white cat. Cassel was tricked into thinking he killed her, when actually he tried to save her. Now that she's human again, he should be overjoyed. Trouble is, Lila's been cursed to love him, a little gift from his emotion worker mom. And if Lila's love is as phony as Cassel's made-up memories, then he can't believe anything she says or does.

When Cassel's oldest brother is murdered, the Feds recruit Cassel to help make sense of the only clue—crime-scene images of a woman in red gloves. But the mob is after Cassel too—they know how valuable he could be to them. Cassel is going to have to stay one step ahead of both sides just to survive. But where can he turn when he can't trust anyone—least of all, himself?

Love is a curse and the con is the only answer in a game too dangerous to lose.

"Dark, disturbing fare, crafted by a master; readers of the trilogy's first will be supremely satisfied."--Kirkus Reviews

"Readers will be happy to slip back into Black’s elaborate, fascinating world of workers, curses, and the seeming ease with which everyone has learned to live in a world where no one, not even family, can be truly trusted, and this sequel offers satisfying additional glimpses into this nearly familiar but ultimately shockingly different world."--Bulletin of the Center for Children's Books

"The Curse Workers series continues to offer a sleek and stylish blend of urban fantasy and crime noir."--Booklist