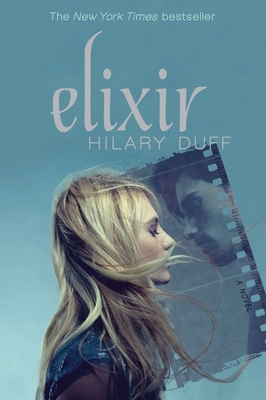 Clea Raymond is a talented photojournalist and the daughter of high-profile parents. Usually she’s in total control of her camera, but after Clea’s father disappears while on a humanitarian mission, eerie, shadowy images of a strange and handsome young man begin to appear in Clea’s photos—a man she has never seen in her life.

When Clea suddenly encounters this man in person she is stunned—and feels an immediate and powerful connection. As they grow closer, they are drawn deep into the mystery behind her father’s disappearance and discover the centuries-old truth behind their intense bond. Torn by a dangerous love triangle and haunted by a powerful secret that holds their fate, together they race against time to unravel their past in order to save their future—and their lives.

Hilary Duff is a multifaceted actress and recording artist whose career began on the popular Disney sitcom Lizzie McGuire. She has since appeared in many films and TV series, including a guest appearance on Gossip Girl. She has sold more than 13 million albums worldwide and has a clothing line, Femme for DKNY, and a bestselling fragrance, With Love…Hilary Duff, for Elizabeth Arden. Hilary’s humanitarian work is recognized throughout the world, and she is actively involved with many different charities benefitting children and animals. She has served on The President’s Council on Service and Civic Participation and was named ambassador to the youth of Bogatá, Colombia. She is the New York Times bestselling author of the novels Elixir, Devoted, and True.
Loading...
or support indie stores by buying on