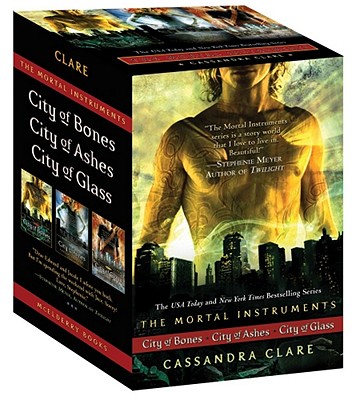 Don’t miss The Mortal Instruments: City of Bones, soon to be a major motion picture in theaters August 2013.

Enter the secret world of the Shadowhunters with this MP3 collection that includes City of Bones, City of Ashes, and City of Glass. The Mortal Instruments books have more than five million copies in print, and this collectible set of the first three volumes in paperback makes a great gift for newcomers to the series and for loyal fans alike.