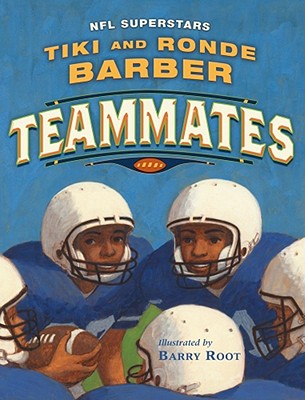 Tiki struggles to recover from a game day fumble until his brother helps him out in this story about perseverance.

Tiki can’t believe it when the ball is knocked out of his hand in the Cave Spring Viking’s last preseason game against their rival Knights. And when nobody wants to talk to him the next day at lunch, he feels even worse. Can his brother and coach help him regain his confidence?

Ronde Barber is a record-holding cornerback who retired after fifteen seasons with the Tampa Bay Buccaneers. He is one of only two cornerbacks selected to the Pro Bowl five times. He is married with two daughters.