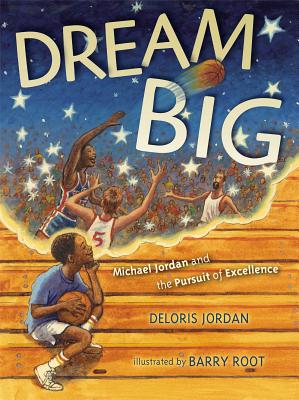 Michael Jordan and the Pursuit of Excellence

Long before he became a professional All-Star basketball player, Michael Jordan had dreams of winning an Olympic gold medal—and with dedication and perseverance, that’s exactly what he did. This heartwarming picture book, written by Michael’s mother and illustrated by Barry Root, gives a rare glimpse into a sports hero’s childhood and emphasizes the role that good values play in success. An ideal companion to the New York Times bestselling Salt in His Shoes, this is an inspirational story for sports fans, go-getters, and anyone with big dreams!