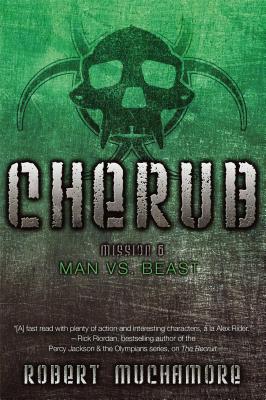 Teen agents take on a group of radical animal rights activists in this riveting CHERUB novel.

In Man vs. Beast, CHERUB agents find themselves in ethical crisis. Mainstream animal protection groups have always stayed within the law, but a new band of radical liberationists argues that if humans and animals are equal, then it’s right to kill or threaten one human in order to save the lives of many animals. In a new mission, James and the other CHERUB agents must go up against the most radical group yet in a daring and violent attempt to save hundreds of lives...including their own.

Robert Muchamore was born in London in 1972 and used to work as a private investigator. CHERUB is his first series and is published in more than twenty countries. For more on the series, check out CherubCampus.com/USA.
Loading...
or support indie stores by buying on