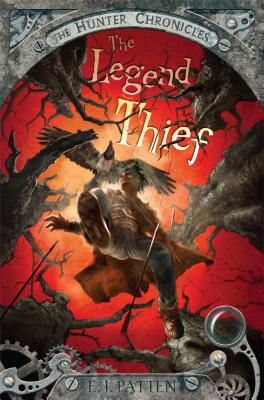 Sky has more monsters to fight—and lives to save—in the thrilling sequel to Return to Exile.

E.J. Patten was born Arizona and grew up with a love of stories, thanks to his parents’ ownership of a video store. He received a BA in Media Arts and an MBA from Brigham Young University, and he lives with his wife and three children on a small hill overlooking a large lake in a Utah town.

Praise For The Legend Thief (The Hunter Chronicles #2)…

"Return to Exile marks the beginning of a remarkable new series. I loved the characters, and its originality and intensity kept me ripping through the pages. A stunning book."
— James Dashner, New York Times best selling author of The Maze Runner and The Scorch Trials
or
Not Currently Available for Direct Purchase
Copyright © 2020 American Booksellers Association