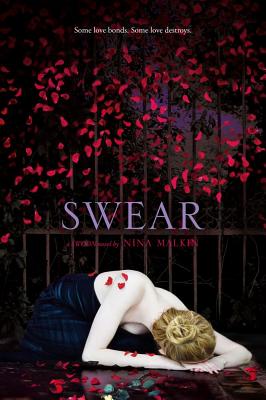 A promise broken. A bond betrayed. What do you do when an oath of devotion threatens to destroy the one you love? “The drama is high” (Booklist) in this paranormal sequel to Swoon.

It’s been six months since ghost-turned-golem Sinclair Youngblood Powers confessed his love, stole Dice’s heart, and disappeared from Swoon, perhaps from existence. Despite the hurt, Dice has been moving steadily toward ordinary. Dreams of Sin still plague and pleasure her sleep, and the mark Sin left remains on her skin, still sore. But Dice has been throwing herself into music, finding solace in song and sometimes even in the arms of her band mate, Tosh. Life seems almost…normal. The last thing Dice wants is to mess with anything remotely supernatural. But when her best friend’s boyfriend goes missing, Dice has no choice but to become very much involved. She knows that his disappearance was no accident, and it somehow has everything to do with Sin. Because Dice can feel it: Sin is back. And the promises and deceptions he left in his wake have returned to haunt him.

“Lusty…The drama is high in this sequel, which will appeal to readers who enjoyed the passion and romance of the first book.” --Booklist

"The plot runs along at a good pace.... This story will appeal to readers who enjoyed Swoon, as well as those who can’t get enough paranormal romance." -- SLJ

Nina Malkin is the author of five YA novels, including Swoon and Swear, one novella, and an adult memoir. She’s also an award-winning journalist specializing in pop culture and lifestyles, whose work has appeared in The New York Times, Entertainment Weekly, Real Simple, and numerous other publications. Nina lives in her native Brooklyn with her musician husband and assorted felines. Visit her at NinaMalkin.com.
Loading...
or
Not Currently Available for Direct Purchase