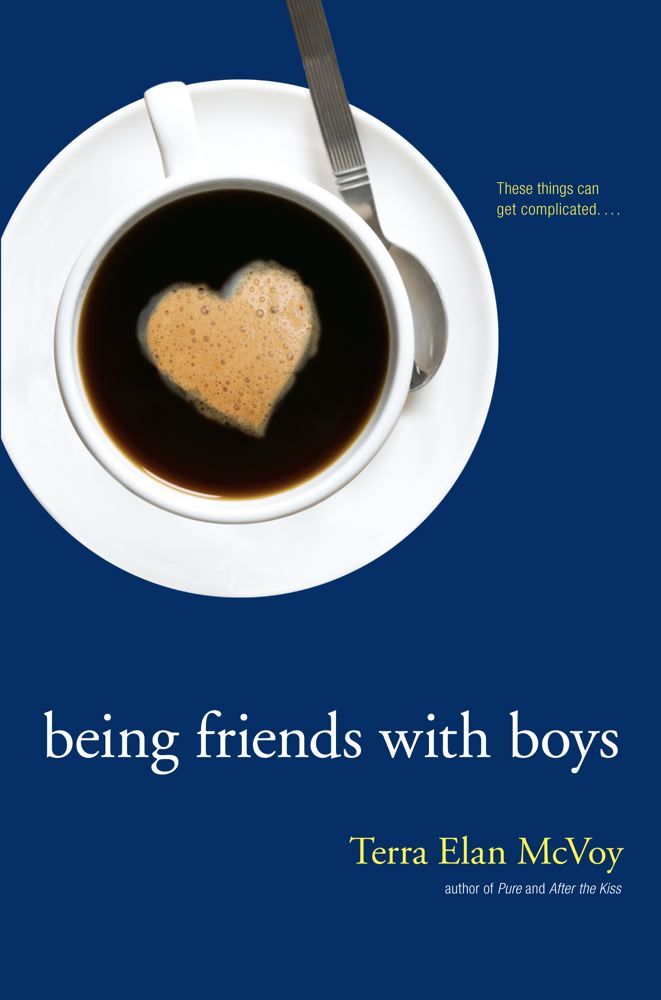 Being Friends with Boys

From the author of Pure and The Summer of Firsts and Lasts, a friendship story with one girl, several boys, and lots of complications.

Charlotte and Oliver have been friends forever. She knows that he, Abe, and Trip consider her to be one of the guys, and she likes it that way. She likes being the friend who keeps them all together. Likes offering a girl’s perspective on their love lives. Likes being the behind-the-scenes wordsmith who writes all the lyrics for the boys’ band. Char has a house full of stepsisters and a past full of backstabbing (female) ex–best friends, so for her, being friends with boys is refreshingly drama-free…until it isn’t anymore.
When a new boy enters the scene and makes Char feel like, well, a total girl…and two of her other friends have a falling out that may or may not be related to one of them deciding he might want to be more than friends with Char…being friends with all these boys suddenly becomes a lot more complicated.

Praise For Being Friends with Boys…

“McVoy’s Boys is a fast and fun read, mainly because the author spends the extra time making each of Charlotte’s pals a textured teen. Benji, who McVoy could have written as a throwaway character, is sardonic and quietly wise. Fabian is crush-worthy despite what Charlotte describes as his Kermit the Frog voice….[Char is] clever and refreshing because she’s so in love with her music, because she’s so believably unapologetic about getting bad grades and having little ambition for college. By the end of Being Friends With Boys, Charlotte is forced to become the main character in a story that was supposed to be about her guys. She realizes that being a good friend doesn’t have to mean being a spectator.” –The Boston Globe

Terra Elan McVoy has held a variety of jobs centered around reading and writing, from managing an independent children’s bookstore, to teaching writing classes, and even answering fan mail for Captain Underpants. Terra lives and works in the same Atlanta neighborhood where her novels After the Kiss, Being Friends with Boys, and Pure are set. She is also the author of The Summer of Firsts and Lasts, Criminal (an Edgar Award nominee), and In Deep. To learn more, visit TerraElan.com and follow Terra on Twitter at @TerraMcVoy.
Loading...
or
Not Currently Available for Direct Purchase