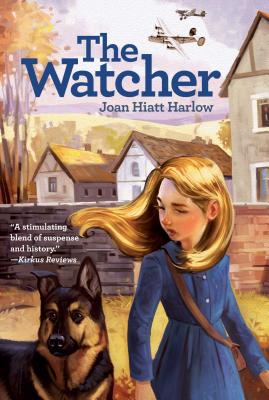 After Wendy is kidnapped, the only way she can survive World War II Germany is with the help of a special dog and the family she never knew she had in this historically accurate, standalone companion to Shadows on the Sea that Kirkus Reviews calls “a stimulating blend of suspense and history.”

1942. Berlin, Germany. How did Wendy end up in such a place? Just a few months ago, she was enjoying her time in Maine, supporting the American war effort.

But she was kidnapped, then betrayed by her own mother, who is actually a Nazi spy. As a new Berliner—and now a German—Wendy is expected to speak in a language she’s never known and support a cause she doesn’t believe in.

There are allies, though, among the Germans. Allies who have been watching over Wendy since she arrived. And Wendy, along with her new German shepherd puppy, must confront them. If only she can find them.

Her life depends on it.

Joan Hiatt Harlow is the author of several popular historical novels including Secret of the Night Ponies, Shadows on the Sea, Midnight Rider, Star in the Storm, Joshua’s Song, Thunder from the Sea, and Breaker Boy. Ms. Harlow lives in Venice, Florida. For more information, visit her at JoanHiattHarlow.com.

Praise For The Watcher…

"Harlow creates another beautiful and touching story that captures what it was like during 1942 in Berlin, Germany. By introducing German words, songs and popular phrases, reader are transported back in time and surrounded by war. Harlow does an excellent job of weaving in true historical facts with fiction."
— School Library Journal