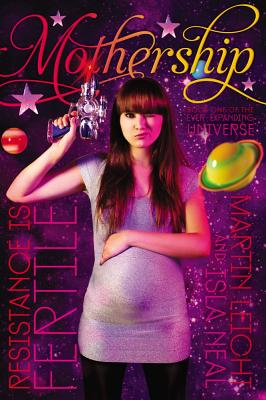 “This science-fiction–comic romp set in a space-based school for pregnant teens hits the funny bone and adds in an alien conflict for good measure. Pure fun.” (Kirkus Reviews).

Elvie Nara was doing just fine in the year 2074. She had a great best friend, a dad she adored, and bright future working on the Ares Project on Mars. But then she had to get involved with sweet, gorgeous, dumb-as-a-brick Cole—and now she’s pregnant.

“Elvie is such a strong female lead. She’s has a personality and isn’t a wimp, unlike some other female leads in big books. She really stood up for herself when she needed to, and I really like that. Overall, Mothership was a very interesting book to read, unlike any book I’ve ever read before. It was really funny with sad parts too- and I learned a new word or two!”
— HelloGiggles.com