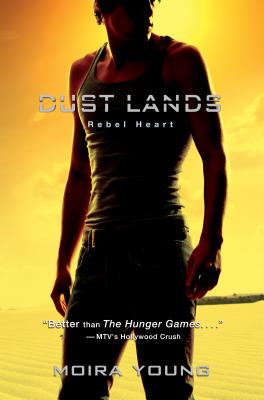 Nothing is certain and no one is safe in the second book in the highly praised Dust Lands trilogy, which MTV’s Hollywood Crush blog called “better than The Hunger Games.”

It seemed so simple: Defeat the Tonton, rescue her kidnapped brother, Lugh, and then order would be restored to Saba’s world. Simplicity, however, has proved to be elusive. Now, Saba and her family travel west, headed for a better life and a longed-for reunion with Jack. But the fight for Lugh’s freedom has unleashed a new power in the dust lands, and a formidable new enemy is on the rise.
What is the truth about Jack? And how far will Saba go to get what she wants? In this much-anticipated follow-up to the riveting Blood Red Road, a fierce heroine finds herself at the crossroads of danger and destiny, betrayal and passion.