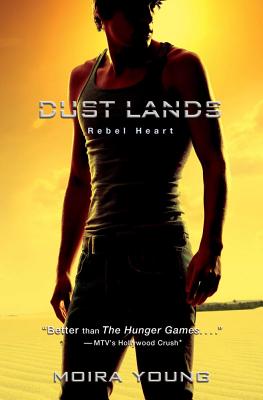 Nothing is certain and no one is safe in the scorching sequel to Blood Red Road, which MTV’s Hollywood Crush blog called “better than The Hunger Games.”

There is a price on Saba’s head. She brought down a ruthless tyrant and saved her kidnapped brother. But winning has come at a terrible cost. Saba is haunted by her past—and a new enemy is on the rise, an enemy who searches for her across the Dust Lands.

Saba needs Jack: his moonlit eyes, his reckless courage, his wild heart. But Jack has left. And her brother is haunted by ghosts of his own. Then news comes that tells her Jack can never be trusted again. Deceived and betrayed, haunted and hunted, Saba will need all of her warrior’s strength just to survive. For the enemy has cunning plans of his own…

"Her immersive storytelling will lure readers deeper into this dangerous, starkly lovely terrain."
— Publishers Weekly
or support indie stores by buying on
(This book is on backorder)
Copyright © 2020 American Booksellers Association