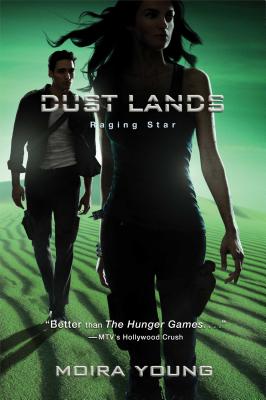 Saba is ready to seize her destiny and defeat DeMalo and the Tonton...until she meets him and he confounds all her expectations with his seductive vision of a healed earth, a New Eden. DeMalo wants Saba to join him, in life and work, to create and build a healthy, stable, sustainable world…for the chosen few.

Jack’s choice is clear: to fight DeMalo and try to stop New Eden. Still uncertain, her connection with DeMalo a secret, Saba commits herself to the fight. Joined by her brother, Lugh, anxious for the land in New Eden, Saba leads an inexperienced guerilla band against the powerfully charismatic DeMalo, in command of his settlers and the Tonton militia. What chance do they have? Saba must act. And be willing to pay the price.

Raging Star is the stunningly beautiful conclusion to the Dust Lands Trilogy, which has been called “better than The Hunger Games” by MTV’s Hollywood Crush.

"This is the concluding and most absorbing book in the Old West–flavored Dust Lands trilogy, and Young has done a stellar job populating a spare yet beautiful landscape with flawed, heroic characters...settle in for a heartbreaking and satisfying conclusion."
— Booklist