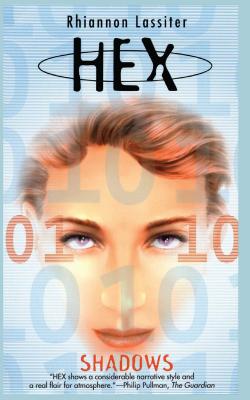 Tomorrow has come. And now, in 24th-century London, the CPS, a secret government agency, is on a mission to seek and destroy the Hex-human mutants with supercomputer minds. Raven is next on their list. Soon she will be in their hands....

Raven and her brother Wraith have rescued their sister Revenge. Now the CPS and the tyrannical, repressive European Federation have declared all-out war. But as Raven battles her captors, who will lead the Hex? It is up to Wraith to forge a union between the Hex and the rebel group Anglecynn. But can newcomer Ali lead the fragile alliance into a battle beyond her wildest dreams and rescue Raven before it is too late?

Rhiannon Lassiter is an author of science fiction, fantasy, contemporary, magical realism, psychological horror, and thrill novels for teenagers. Her favorite authors include Ursula K. Le Guin, Margaret Mahy, and Octavia E. Butler. Her own novels explore themes of identity, change, and becoming. Rhiannon lives and works in Oxford, United Kingdom. Her ambition is to be the first writer-in-residence on the Moon. Find out more at rhiannonlassiter.com
Loading...
or support indie stores by buying on