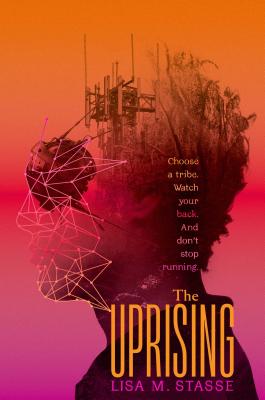 In this dystopian sequel to The Forsaken, Alenna has survived the brutality of life on the wheel—but her fight is not over yet.

Alenna escaped. It was expected that she would die on the wheel, the island where would-be criminals are sent as directed by the UNA—the totalitarian supercountry that was once the United States, Mexico, and Canada. But Alenna and her boyfriend, Liam, made it to safety. Except safety, they will soon learn, is relative.

In order to bring down the UNA, they must first gain control of the wheel. If the mission succeeds, the wheel will become a base of revolution. But between betrayals, a new Monk leading a more organized army of Drones, and the discovery of a previously unknown contingent, Alenna, Liam, and their allies might be in over their heads. One thing Alenna knows for sure: There will be a reckoning. And not everyone she loves will make it out alive.

Lisa M. Stasse is a digital librarian at UCLA. She is the author of the Forsaken trilogy: The Forsaken, The Uprising, and The Defiant.
Loading...
or
Not Currently Available for Direct Purchase