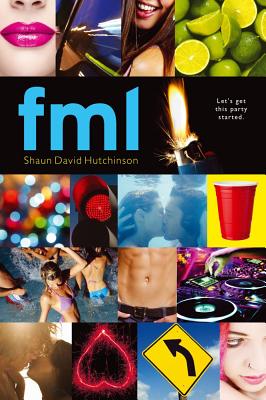 There’s more than one way to get the girl in this fun and fast-paced novel about one epic party and a kiss that could change everything.

Tonight’s the night: Simon’s big chance to finally get with Cassie. Cassie, who he’s loved for ages. Cassie, who is newly boyfriend-free. Cassie, who just happens to be throwing the biggest party of the year. Simon’s plan is simple: He’ll go to the party, she’ll fall in love with him, they’ll make out like crazy, and the night will be a complete success.

But things don’t ever go as planned…especially when it comes to Cassie.

In two alternating plotlines, Simon goes after the girl of his dreams and stumbles toward his destiny. It’s one night, one party, and a thousand ways for things to go wrong…but a million ways for them to go right.

“Hutchinson delivers a raucous, raunchy, and romantic hero who is challenged to view the object of his affections as a person, not a prize.”
— Booklist

"In only one storyline will Simon kiss Cassie, but in both he’ll find that this party has changed his life."
— Kirkus Reviews

Shaun David Hutchinson is the author of numerous books for young adults, including The Past and Other Things That Should Stay Buried, The Apocalypse of Elena Mendoza, At the Edge of the Universe, and We Are the Ants. He also edited the anthologies Violent Ends and Feral Youth and wrote the memoir Brave Face, which chronicles his struggles with depression and coming out during his teenage years. He lives in Seattle, where he enjoys drinking coffee, yelling at the TV, and eating cake. Visit him at ShaunDavidHutchinson.com or on Twitter @ShaunieDarko.
or
Not Currently Available for Direct Purchase