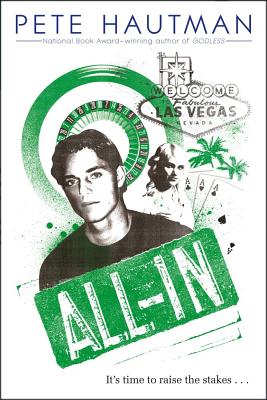 Denn still thinks life’s a gamble, but he might be out of luck in this sequel to No Limit—in trade paperback for the first time.

In this sequel to No Limit, Denn Doyle is seventeen now, and he’s made it rich playing poker in Las Vegas. But his success has attracted the wrong sort of attention from people like Artie Kingston, who’s out to get Denn at any cost. Then Denn’s luck runs out and he hits a losing streak. Artie’s hosting a winner-takes-all tournament at his new casino, but Denn doesn’t have the funds to play—so everything comes down to one game of poker. Will the cards—and a healthy dose of luck—be on Denn’s side?

"Hautman nails the heady buzz of winning and the gut-shot numbness of losing it all on the last turn, calling the action with all the deftness of a dealer flipping cards: sharp, fast, and effortless....A quick, slick read for wannabe sharks."--Booklist


"Skillfully using the multiple-voice approach, Hautman brings to life the intircacies of poker, crafting a thrilling story of loss, good versus evil, and redemption"--VOYA

"The dialogue is snappy and the plot, especially the ending, unfolds expertly and without cliche."--School Library Journal


"The tournament's tension is top-notch."--Kirkus Reviews