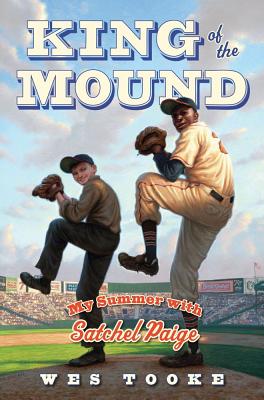 King of the Mound

My Summer with Satchel Paige

Baseball legend Satchel Paige changes a boy’s life in this coming-of-age tale from the author of Lucky.

Nick was going to be a star baseball player, no doubt about it. People for miles around talked about the twelve-year-old boy with the golden arm. And then Nick is diagnosed with polio—a life-threatening disease in the 1930s. Everyone is devastated, especially Nick’s father, who copes by closing off from his son. When Nick finally leaves the hospital he wants nothing more than to get back in the game, but he seems to be the only one who thinks it’s possible. But after he begins working for Mr. Churchill, the owner of a minor league team, Nick meets Satchel Paige, arguably the best player in baseball. Satchel faces obstacles of his own—his skin color prevents him from joining the major leagues—and he encourages Nick to overcome the odds and step out of the dugout.

C. W. Tooke has worked as a feature writer and editorial consultant and has published features in Salon, New Jersey Monthly, and the Princeton Alumni Weekly. His first novel, Lucky was a Junior Library Guild Selection. He lives in San Francisco with his wife and dog.
Loading...
or
Not Currently Available for Direct Purchase