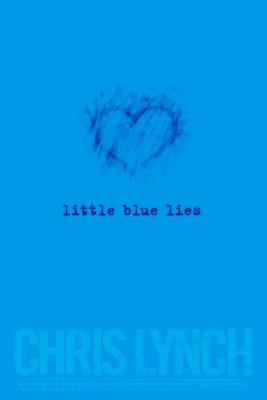 Two teens discover the true danger of love in this “beguiling” novel from Printz Honor–winning author Chris Lynch that will leave you “wondering just what is the truth” (VOYA, starred review).

Oliver loves Junie Blue. That’s true. Pretty much everything else is a lie. Both known for their deceit, Junie and O’s relationship was the only honest thing they had. But now that’s over. Oliver’s been dumped, and he’s miserable. Junie says they’re done. Unless she’s lying?

Junie’s father works for One Who Knows, the head of an organized crime family. He won’t tell O where Junie is, not even after O hears a rumor that Junie’s won the lottery—and that One Who Knows expects to be given her ticket. O fears Junie’s in danger, and he’s determined to come to her rescue. But is there honestly anything he can do?

* "Teens will appreciate the romance and humorous, sophisticated repartee between Oliver and Junie in a plot that will leave them wondering just what is the truth."
— VOYA, starred review

"This quirky novel from the Printz Honor-winning Lynch is charmingly clever and witty...Lynch’s staccato and ironic style is highly readable. Readers who aren’t sure what they want to do with their life after high school will find that this book’s light and honest approach to figuring it out rings true."
— School Library Journal

“This is a gritty mystery with breakneck pacing and characters and dialogue as smart and sharp as Lynch makes them. Expect fans to pass this title from hand to hand.”
— BCCB