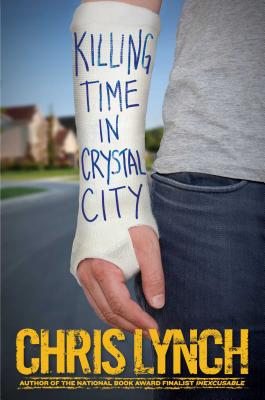 A teen runs away from his broken life and invents a new one in this dazzling adventure from Printz Honor winner and National Book Award finalist Chris Lynch.

Crystal City called for him, and Kevin answered. And why wouldn’t he? His relationship with his father is broken—as is his arm. With barely anyone to miss him or care if he’s gone, it seemed like the perfect time for Kevin to run away to his estranged uncle and create an entirely new identity. New name. New attitude. New friends. Maybe even a new girl.

From the first moment of adventure, Kevin’s life takes a turn for the exciting. Making friends seems easy with his new persona, especially when a group of homeless beach bums instantly includes him in their crew. But do they like the real Kevin, or the guy he’s pretending to be? And will this new lifestyle help Kevin escape from the misery of his former life—or will it drag him right back into the reasons he left home?

"Recommended for fans of the author or readers who enjoy dark, angsty reads and character-driven novels."
— School Library Journal

"It's Kevin’s unshakable awkwardness (including a humiliating tendency to blush at Stacey’s every minor provocation), some dark twists, and Lynch’s proficiency for zingy banter that make this story about feeling like an outsider among outsiders leave a lasting impression."
— Publishers Weekly

"A meditation on belonging, choices and denial...Lynch's skill at sustaining an appealing voice while slowly unveiling the extent of his protagonist's self-deception is impressive."
— Kirkus Reviews

"This is a raw coming-of-age novel with the good, bad, and ugly all laid out for readers."
— VOYA

"[W]ill prompt strong opinions about relationships, perception, and the many states of being a teenager."
— BCCB