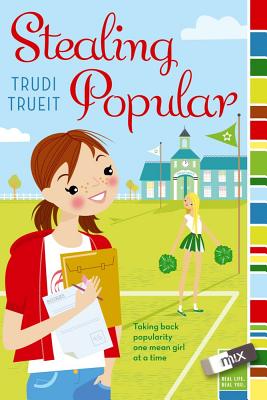 In middle school, popularity is power—and in this modern spin on a Robin Hood tale, Coco Sherwood is bringing justice to the social scene.

At Briar Green Middle School, you are either a Somebody, a Sorta-body, or a Nobody. Twelve-year-old Coco Sherwood falls directly in the Nobody category—the kids who are considered the misfits and outcasts of the school. It’s not fair. It’s not right. And it’s time to even the score.
With clever planning and sneaky tactics, Coco becomes the Robin Hood of Briar Green. Girls who never thought they had a chance to be noticed are now making cheer squad and turning into beauty queens. But when Coco takes on the ultimate challenge—taking down Popular Girl #1 Dijon Randle—her dream of equality on the middle-school social ladder may turn into a nightmare. Can Coco and the rest of the Nobodies triumph in a world where popularity is power? Or will the Somebodies win—again?

Trudi Trueit knew she’d found her life’s passion after writing (and directing) her first play in fourth grade. Since then, she’s been a newspaper journalist, television news reporter and anchor, media specialist, freelance writer, and is now a children’s book author. She has published more than forty fiction and nonfiction titles for young readers and lives near Seattle, Washington.
Loading...
or support indie stores by buying on