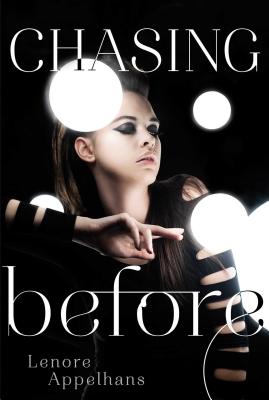 Chasing Before (The Memory Chronicles #2)

Perfect for fans of The Matrix and Inception, Chasing Before follows Felicia as she grapples with a futuristic afterlife in this riveting sequel to The Memory of After.

It’s been four months since Felicia saved Level 2 from the Morati, the corrupted angels who trapped her and her boyfriend, Neil, in the afterlife. Now, she and Neil are finally ready to move on to the mysterious Level 3, an afterlife training facility where humans pick a career to pursue until they supposedly retire to the next level.

Shortly after arriving, Felicia learns some shocking truths about her life that make her question everything. Neil wants to focus on the future, but Felicia insists on looking for answers about her past. Just when Felicia thinks things can’t get any more complicated, deadly explosions begin to rock Level 3, and Julian—her charming former love who might still be aligned with the Morati—reappears.

Felicia has a choice: Will she do everything in her power to expose the Morati and end the destruction of Level 3, even if it means never knowing who she really is? Or will she chase after the desires of her heart and risk losing her past humanity, her present afterlife, and a future with Neil?

Praise For Chasing Before (The Memory Chronicles #2)…

"Readers will root for Felicia and Neil....The way Appelhans mixes memory with plot is exceptional."
— Romantic Times, on The Memory of After

"Immensely layered."
— VOYA, on The Memory of After

“This imaginative debut brings conflict to the afterlife....An absorbing, sensitive read.”
— Kirkus Reviews, on The Memory of After

“Absolutely gripping. My heart pounded on nearly every page. You won't be able to put it down.”
— Mary E. Pearson, award-winning author of the Jenna Fox Chronicles, on The Memory of After

“Appelhans brings the afterlife to a whole new level. . . . A high-voltage thrill ride through love, death, and memory that will leave you breathless.”
— Jess Rothenberg, author of The Catastrophic History of You and Me, on The Memory of After

“A gripping debut! This utterly unique take on the afterlife poses fascinating questions . . . I can't wait to read the rest of the series to find out the answers!”
— Megan McCafferty, New York Times bestselling author of Bumped and Thumped, on The Memory of After

"Appelhans maintains tension even as Felicia struggles with her romance....She also gives readers a nice balance of characters, with distinct, varied individuals who offer some nuance..."
— Kirkus Reviews

"The tone is light enough to appeal to a wider audience, including those looking for a suspense-tinged dystopian tale."
— Booklist