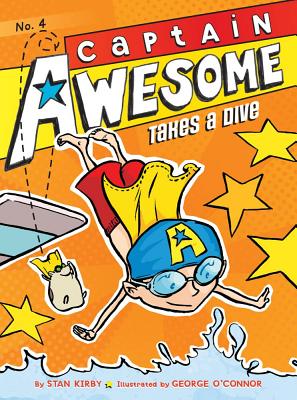 It’s summertime in Sunnyview and Eugene McGillicudy is off to the pool for swimming lessons. It doesn’t take long for Eugene's superhero alter ego, Captain Awesome, to find a list of reasons why he must defend his swimming class from a cast of comical “bad guys.” MI TEE! While Captain Awesome is busy saving the Sunnyview pool along with Nacho Cheese Man and sidekick Turbo, will he find time to tackle a dive into the deep end before summer ends?
With easy-to-read language and illustrations on almost every page, the Captain Awesome chapter books are perfect for beginning readers.