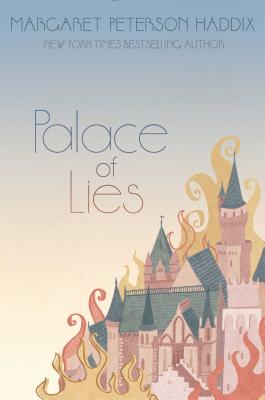 Palace of Lies (The Palace Chronicles #3)

Desmia discovers the reality of royalty is far from a fairy tale in this third adventure set in the Cinderella-esque world of Just Ella and Palace of Mirrors, from New York Times bestselling author Margaret Peterson Haddix.

Desmia and her twelve sister-princesses are ruling Suala together at last, a united front. The kingdom seems to have finally gotten its happily ever after, but Desmia, trained by a lifetime of palace intrigue, is not so sure. She desperately wants to believe all is well, but she can’t help but see danger around every corner.

And then the unthinkable happens, and Desmia’s worst fears are confirmed. Now, without the support of the sister-princesses she’s grown to rely on or the trappings of royalty that have always convinced people to listen to her, Desmia must find the courage to seek out the truth on her own terms—and to determine the course of two kingdoms.

Praise For Palace of Lies (The Palace Chronicles #3)…

"Haddix is no stranger to best-seller lists, and she has another hit on her hands with the Palace Chronicles. Buy multiple copies, and expect eager, advance requests for them."
— Booklist

"A welcome return to the Just Ella universe."
— Kirkus Reviews