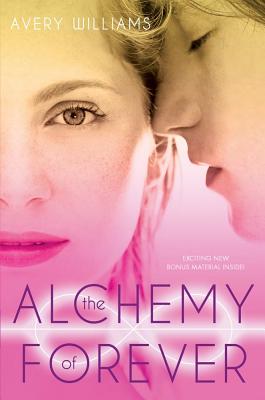 In the first novel of the Incarnation series, the immortal Serephina grapples with a wrenching truth: Falling in love might mean succumbing to death.

People say “love never dies”…but love might be the death of Seraphina.
Seraphina has been alive since the Middle Ages, when her boyfriend, Cyrus, managed to perfect a method of alchemy that lets them swap bodies with any human being. Sera ran away from Cyrus years ago, when she realized that what they were doing—taking the lives of innocent people—was wrong. Yet she doesn’t want to die, so she finds young people who are on the brink of death, and inhabits their bodies.
Sera has just landed in the body of a girl named Kailey who was about to die in a car accident. For the first time, Sera falls in love with the life of the person she’s inhabiting. Sera also falls for the boy next door, Noah. And soon it’s clear the feelings are returned. But she can never kiss Noah, because for her to touch lips with a human would mean the human’s death. And she has even more to worry about: Cyrus is chasing her. If she stays in one place for long, she puts herself—and the people she’s grown to care for—in great danger. Will Sera have to give up the one thing that’s eluded her for centuries: true love?
This paperback includes a teaser of The Impossibility of Tomorrow, the next book in the Incarnation series, as well as exclusive content that reveals Seraphina’s back story.

Praise For The Alchemy of Forever…

"A menacing ending will leave fans ready for the next installment, and fans there will be."
--School Library Journal

Avery Williams was born the day after Halloween in Los Angeles and has since lived in five different states due to her father’s job as a radio disc jockey (though she sometimes claims her parents were in the circus). Now she makes her home in Oakland, California, with her husband and a cat named Vendetta. She enjoys riding her bicycle around town and working on her hundred-year-old house. She is the author of The Alchemy of Forever and The Impossibility of Tomorrow.
Loading...
or
Not Currently Available for Direct Purchase